You have recordings you’re proud of and you’re ready to be heard – you even have a fan base and a growing following on social media. You’re on the way! But it’s hard to break onto streaming media playlists, and live shows are a slog.

You have a powerful revenue stream with your music that’s ready to be untapped: synch licensing. Music business professionals known as “music supervisors” are the gatekeepers to synch licenses, which can add hundreds or thousands of dollars to an artist’s annual earnings.

Music Supervision is where the worlds of music and visual media harmonize — in a big way. But this unique field feels daunting, with relatively few tools available to help you to understand how synch licensing works, or how the people behind it find music to license for the movies, TV shows, commercials, video games and streaming series that they work on.

Wouldn’t it be great to lift the veil of music licensing, and understand how music supervisors think? This is your opportunity to learn the field of music supervision in-depth, so the music you work so hard to write, perform, record, or produce can work even harder for you.

This course also teaches you something equally powerful: How to transform into a music supervisor yourself, and launch a career selecting and synch licensing songs for TV, film, advertising, branding, video games, streaming content and more. The “Music Supervision 101” online course was created by the authors of the definitive textbook on the topic, “Music Supervision: The Complete Guide to Selecting Music for Movies, TV, Games & New Media”.

It represents a wealth of information, with 11 comprehensive units each providing an hour+ of exclusive video delving into every topic in dynamic detail. Go beyond the book with deeper insights derived from the authors’ personal experience in the field, interactive projects that they personally evaluate, plus discussions that connect you to your community of aspiring music supervisors and synch-savvy artists.

Unlock the magic of music and media that’s essential to the fast-expanding world of content creation: Learn how to be a music supervisor, or get heard by one!

Artists and Producers — Get Your Music Placed 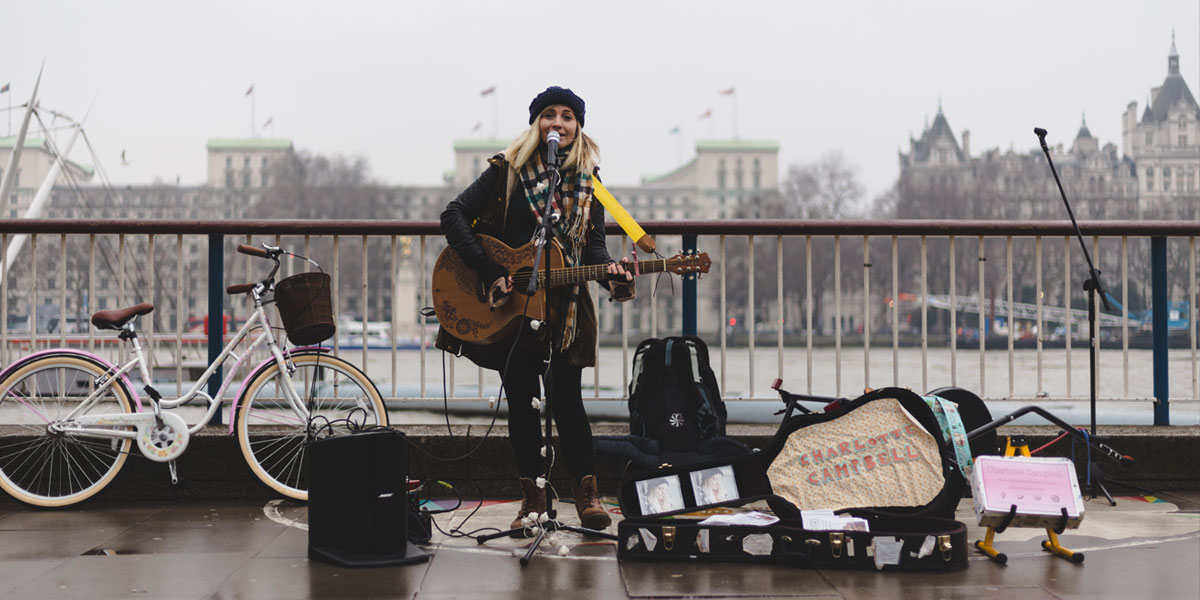 Ramp up your musical revenue ASAP -- transform your songs into synch licensing opportunities.

Synch licensing placements are an increasingly important revenue stream for bands, singer-songwriters, producers, beatmakers, indie publishers, indie labels and recording studios. This course is designed to teach musicmakers how to work successfully with music supervisors to increase their chances of getting their music selected. Learn the best way to make first contact, and what an experienced music supervisor is looking for from an artist beyond the music.

Who Are You Working With?

“Music Supervision Mastery” explains how to navigate the maze of relationships that must be mastered for a song to make it onto the screen — 100% legally licensed and on budget.

A Multitude of Music Styles

This course will improve your odds of having your song in the right place at the right time.

And if you’re ready to make music supervision your career, having a tasteful ear is just the beginning.

We’ll tell you the research and relationships needed to extend your knowledge far beyond your musical “comfort zone”, and deliver what the project requires — no matter what the genre. From there, learn how to assemble a winning playlist that keeps your client on course.

This field isn’t all glitz and glamor

Music supervisors have a huge responsibility to ensure that artists, labels, and publishers get paid for the music they provide. Synch licenses are complex mechanisms that must be executed perfectly to avoid legal problems for your production. This music supervision online course teaches you how to steer clear of time-sucking logistical nightmares and reputation-killing scenarios.

For artists and producers, understanding cue sheets means knowing how you get paid. The better you know the legal landscape and the terminology, the more music supervisors will see you as “synch savvy” and be inclined to reach out to you on their next project. 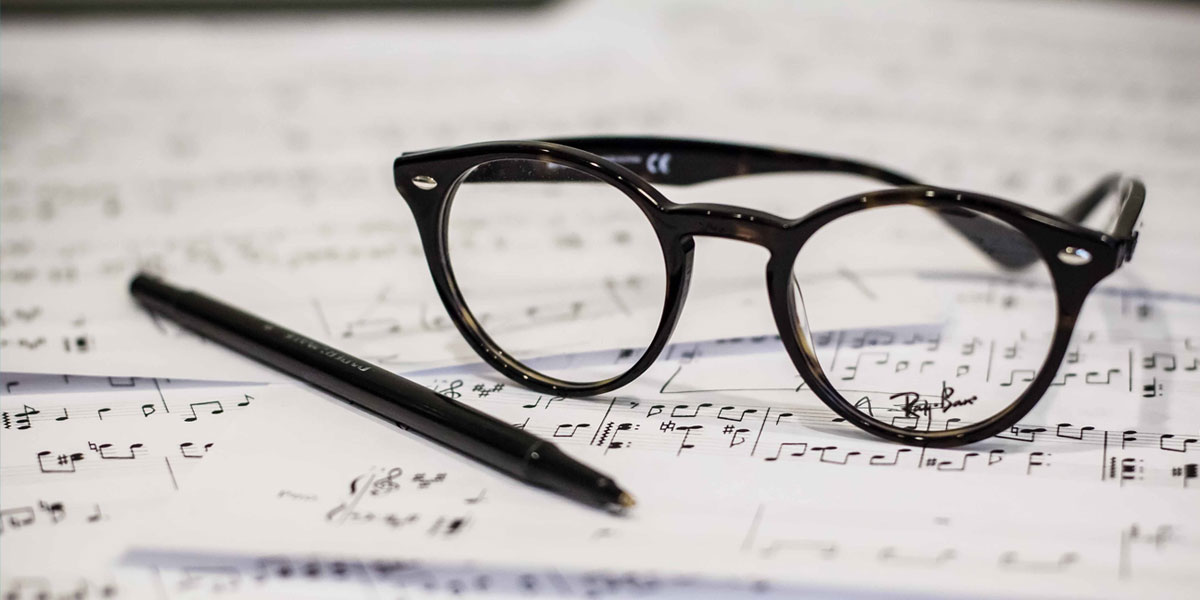 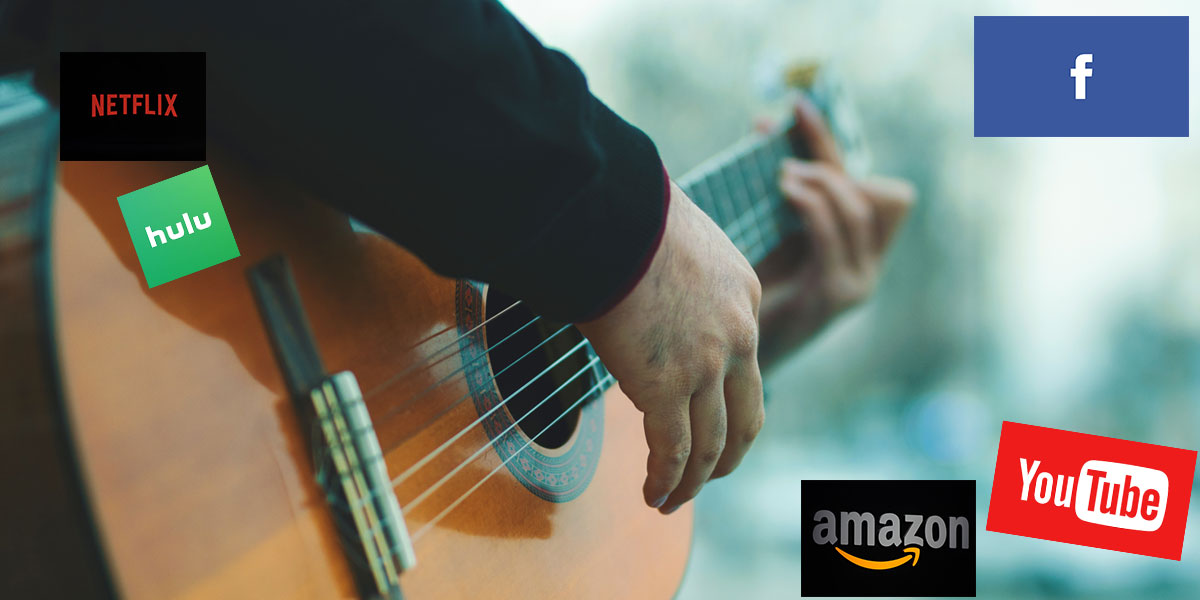 Beyond the traditional TV networks, film studios, and advertising agencies, newer players like Netflix, Amazon, Hulu, Facebook, YouTube and many more are fueling a multi-billion-dollar boom in production. All of this new content calls for fresh music to make their content stand out – there’s never been a better time for artists to make money with synch licensing.

All this activity also requires skilled music supervisors to license music properly. Shift your music business focus to synch and discover how to jump-start your career! You can build a music supervision reel even before you’re hired for your first paid project — we’ll tell you how. Plus, find out the growth sectors within the field of music supervision, and how you can bring a startup mentality to developing new business ideas in a field ripe for innovation.

This course is ideal for ambitious artists and aspiring music supervisors.

Course creators and “Music Supervision” textbook authors Ramsay Adams, David Hnatiuk, and David Weiss explain the science and psychology behind pairing music to visuals, and how to put it to work. They'll share the successess--and hard lessons!--they personally experienced as working music supervisors. In addition, they’ll clue you in to the tools and platforms the pros use to discover new music, stay organized, and maintain an advantage in this competitive field. This music supervision course is intimate, up-close and personal, sharing insights of working music supervisors, straight from the front lines. 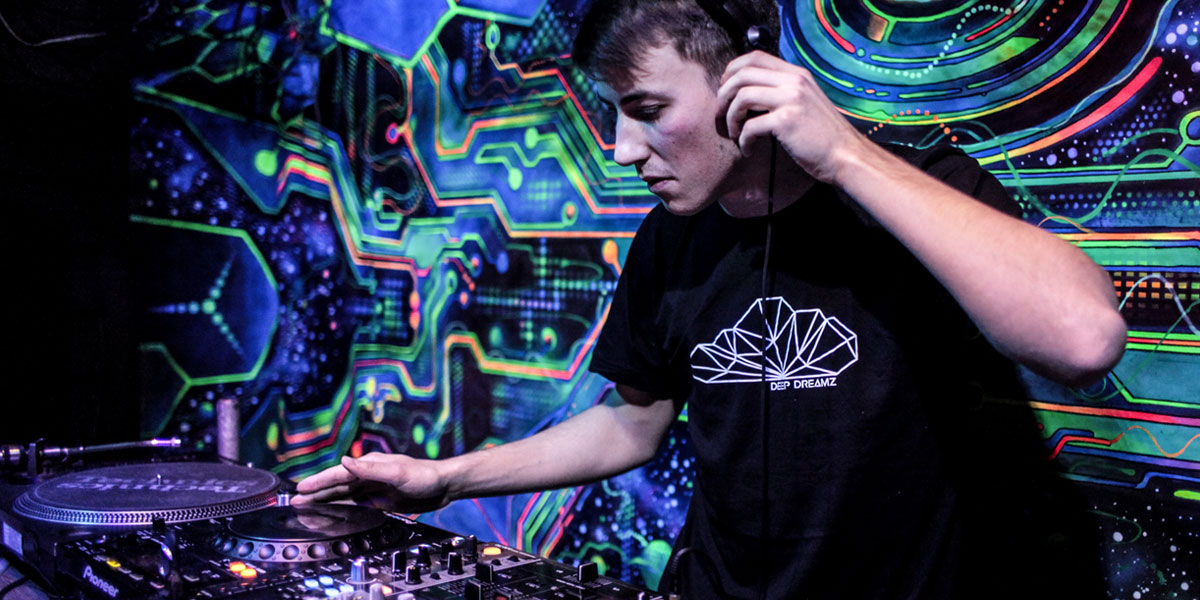 Ready to dive into the dynamic world of music supervision?

For artists looking to diversify their revenue streams and reach a wider audience with synch placements, this course will give you a big boost. And if you’re looking for an exhilarating career that converges the worlds of music and visual media like nothing else, “Music Supervision Mastery” will put you on the fast track.

Who made “Music Supervision Mastery”? 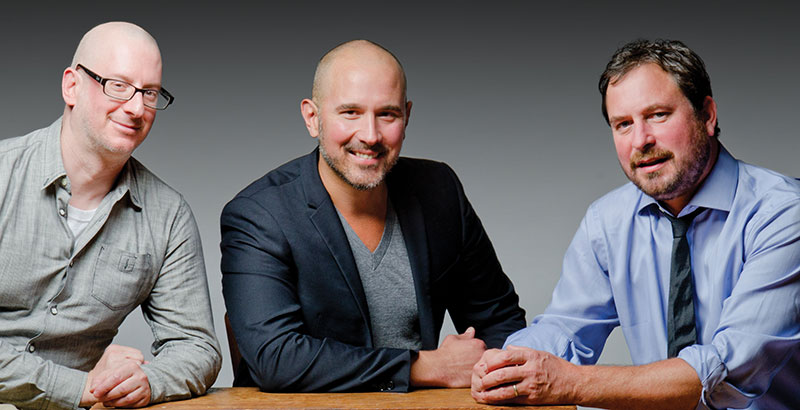 Ramsay Adams (right) has extensive experience in branding the look and sound of television, print and new media, from TV shows, film, web design and advertising. At Fox News Channel he was a graphic designer, 3D animator, eventually taking the role of Music Director for all programming. Prior to his television experience, Adams worked as a music manager with an A-list clientele that included Richie Sambora and The Trans-Siberian Orchestra. He has worked with James Taylor and Leonardo DiCaprio on environmental campaigns and helped DiCaprio on the Millennium Earth Day celebration. Adams founded Catskill Mountainkeeper in 2006, and in 2014 he became the Executive Director of Water Defense, a nonprofit founded by Mark Ruffalo. In 2015, he executive produced the award winning documentary “Catskill Park” featuring Robert F. Kennedy Jr., Theodore Roosevelt IV, Debra Winger and James Prosek and he continues to work on film and tv projects that further the betterment of humankind.

Dave Hnatiuk (center) is a music for media composer/producer, music supervisor, sound engineer, and voice over artist/producer. He is a former staff music supervisor at ABC Disney as well as music director and founder of the music department at the #1 rated Fox News Channel. Now a 17 year veteran at Viacom, he performs a multitude of services including Music Supervision, voice over performance and production, original composition, and sound engineering. As one of the three current and founding members of the first ever in-house original music production entity at Viacom, Dave and his EarShock team are busy composing original music for MTV and VH1’s full slate of shows including a 2018 remake of the classic MTV MoonMan guitar theme and the original theme for Season 1 of MTV’s “Floribama Shore” and a remake of Lynryd Skynyrd’s mega-hit “Sweet Home Alabama” for the show’s second season. Dave’s music supervision work has been featured in several features and documentaries for Sony Classix, New Line Cinema, Weinstein Company among others.

David Weiss (left) is the Founder/Editor of SonicScoop, the leading online news source reporting on the NYC and LA-area music, sound and recording industries. An internationally published journalist, Weiss has been covering audio production for Audio Media and Mix magazine since 1999. His work has appeared regularly in publications such as Drum!, Time Out New York, Remix and numerous other print outlets on music and technology.

Do I need any specific software?

“Music Supervision Mastery” is hosted by MusicFirst, a proven online learning platform developed specifically for music education. All you need is Web access — experience everything from your computer or mobile device.

The book is not required, but it is highly recommended to supplement the lessons. You can purchase the 2nd edition of “Music Supervision” (Music Sales, 2017) here for Kindle, and get the paperback for a discounted price here.

Is my satisfaction guaranteed?

“Music Supervision Mastery: Learn the Secrets of Synch Licensing Music to Movies, TV, Commercials & Video Games” is the ONLY online course from the creators of the definitive textbook on the topic of music licensing for visual media. We’re confident this course will vastly expand your understanding of music supervision, but if you’re not satisfied for any reason simply contact us within 10 days of your purchase for a full refund.


SIGN UP FOR THE MUSIC SUPERVISION 101 NEWSLETTER! SYNCH NEWS, SPECIAL OFFERS AND MORE